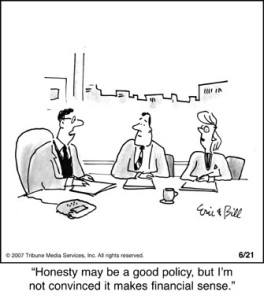 Dictum meum pactum, as they said in Rome. My word is my bond.

You may remember last month we asked all the Spelthorne councillors whether Kempton Park should retain its Green Belt status.

The Leader replied, presumably on behalf of all his colleagues (or, at the very least, on behalf of his Cabinet):

‘ The Green Belt on the Proposals Map will be permanent and within it development will not be permitted which would conflict with the purposes of the Green Belt and maintaining its openness’. The policy goes on to identify such development that would be allowed but this does not include housing.

The policy is entirely consistent with national planning policy guidance and provides the starting point for considering any proposal on any Green Belt site in the Borough. Any changes to a designated Green Belt can only be made through a formal review of a Council’s Local Plan.”

Quite clear and unambiguous.

Last week, however, the Spelthorne Cabinet approved the sale of a parcel of land near the Fordbridge Roundabout on Staines Road West to Surrey County Council, for the purpose of building the highly popular new Fire Station. See the attached cutting from the Surrey Herald. That parcel of land is most certainly Green Belt – it is clearly shown coloured light green on the definitive Proposals Map. See Document 52.

But we don’t remember seeing any “formal review” of Spelthorne’s Local Plan. We must have blinked and missed it.

Another contentious issue is heaving into view. See the attached cuttings from Colnbrook Views and Get Surrey. That parcel of land, proposed as the site of another incinerator in Spelthorne, is also most definitely Green Belt. Maybe not the most pristine Green Belt, but Green Belt nevertheless, and definitely more beautiful without an incinerator on it. See Document 52.

This is what Spelthorne said in their press release on 17 Dec last year:

“We recognise that providing additional airport capacity in the South-East presents huge challenges. However, we are very pleased that this interim report will give much more certainty for the residents of Stanwell Moor as the south-west runway option at Heathrow has been ruled out. This removes the blight on the area.”

Wouldn’t it be wonderful if we could trust the Council to defend our Green Belt, whether at West Bedfont or the Fordbridge Roundabout or Kempton Park. Or at least follow due process.

But unfortunately, as the Romans said:  deo confidimus

In God we trust (and no-one else).

5 thoughts on “In God we trust”