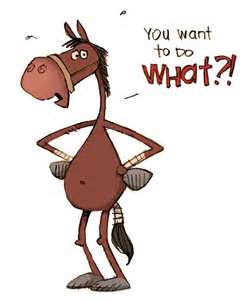 So what’s in it for The Jockey Club?

We’ve seen what’s in it for Spelthorne Council – a minimum of £29 million, less whatever The Jockey Club is able to beat them down by, as reward for digging a big hole at the Sunbury Cross roundabout and filling it in again. Not bad when the Council won’t be able to pay its bills in a couple of years time.

But for The Jockey Club? An accurate figure for that depends on whatever the proposal is that they have been in discussion about with some Spelthorne Officers and Councillors over the last three years.

However, it has been stated in public that The Jockey Club have sold Redrow, the house-builder, an option to buy 70 acres of land at Kempton Park, subject to the granting of planning permission. We also know that the Council’s consultant chartered surveyor, in August 2012, valued land at Kempton Park with planning permission at £1 million per acre.  And we all know what has happened to land prices since August 2012. So there’s £70 million right there – in ball park terms.

Elsewhere, The Jockey Club has begun a large redevelopment project at Cheltenham, the glittering star amongst its 14 racecourses. Work by the Kier construction group began after the end of the Cheltenham Festival in March.

The project is budgeted to cost £45 million, and a large part of the funding for it has been sourced through a Jockey Club Bond issue. The Bond was very popular, and raised just under £25 million. See Document 62 attached. The remaining £20 million has been sourced by a loan from the Horserace Betting Levy Board, lines of bank credit from HSBC, AIB and RBS, and The Jockey Club’s routine commercial activities.

We have no doubt that Kier will deliver on-budget and in time for the Cheltenham Festival in 2016. We are sure that the new Grandstand will be a fantastic addition to Cheltenham Racecourse’s facilities.

But consider this. All of the borrowing will have to be repaid in due course. Bondholders will be able to redeem the capital amount of their investments from 2018 onwards, and the banks and the Levy Board will also want their money back.

How nice it would be for The Jockey Club to have that sort of money flowing into their bank account, just when the creditors start asking to be repaid.

Gloucestershire is a wonderful place. The Cheltenham Fesatival is a great few days’ out. We wouldn’t wish to deny race-goers their enjoyment in any way. But if you think about it, why should Green Belt at Kempton Park be covered in concrete so that the finances of the new Cheltenham Racecourse Grandstand can be placed on firmer ground?