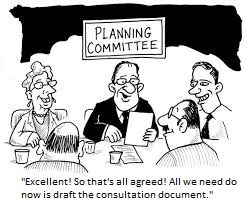 Here we have it – the latest dates for the Kempton Park development. And their choice of battleground.

The Jockey Club have decided to delay putting in an application until after the next election. See Document 64 attached, an email from Mouchel (The Jockey Club’s transport consultants) to Surrey County Council Highways.

By doing this they will spare the embarrassment of their supporters at Spelthorne Council by not asking them to push through a planning application before the vote. As one councillor – stating the obvious – put it to us, it would be electoral suicide. By delaying the application, a cynic might say, The Jockey Club will be doing so just when the Council feels it can safely ignore the electorate for another few years.

More important, however is the revision of the Local Plan. The Planning Department now expects to report to councillors in the last quarter of this year as to whether the Local Plan needs to be changed. Such a review would cover housing targets and land availability, amongst other things. There have been constant references to this in the correspondence between the Council and The Jockey Club.

This would obviously have Borough-wide implications, for Green Belt as well as Brownfield developments. As The Jockey Club representatives euphemistically put it to us last year, they were “prepared to wait for a more amenable regulatory framework”. But it isn’t just them. Other developers have also made it clear that they will be pushing hard for the Council to raise the existing housing target from the current 166 dwellings per year – in one case proposing two-and-a-half times that level.

This is the battleground on which will be decided the future of all the green spaces in this Borough – not just Kempton Park. It will affect us all.

One thought on “Their choice of battleground”