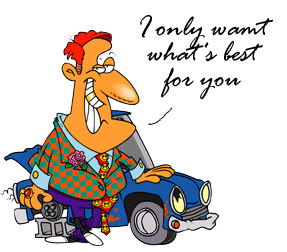 At the end of October, LOSRA and KKG met John Brooks and John Devonshire of the Spelthorne Planning Department to discuss a number of issues. Below is a brief summary of a valuable discussion:

Redrow had met Mr Brooks recently to inform Spelthorne that, rather than submitting a Planning Application for Kempton Park, they would seek to influence the Local Plan Review.  Click here

Mr Brooks explained that the Local Plan would have to go through a Sustainability Appraisal and that Redrow would need to justify why Kempton Park should be allocated for development. They would need to demonstrate that the Local Plan would still be sustainable with development on the site. Only then could permission be given for development, and Kempton Park’s Green Belt status would still have to be considered in addition to that.

There are several stages in the Local Plan Review process at which Redrow might seek to influence the Local Plan in favour of development on Kempton Park, although it would be in Redrow’s interests to submit their arguments sooner rather than later:

a) the “Call for Sites” as part of the Strategic Land Availability Assessment (SLAA), probably in 2016.

b) the “Issues and Options” stage of the Local Plan Review

LOSRA and KKG asked about the status of Protected Urban Open Spaces in the Local Plan Review. (These are open spaces which do not have Green Belt protection, of which there are a number in Sunbury and more widely in Spelthorne.)

Mr Brooks said that these sites would need to be considered as part of an Open Space, Sports and Recreation study. Such a study would be a background study, but the Council may look for public comments on the criteria for such a study.

There is no chance of upping these PUOS sites to Green Belt as all of them are more or less surrounded by existing residential development. The purpose of Green Belt is to separate urban areas from each other, so the PUOS sites could not qualify as Green Belt.

The point was made that the London Irish site had PUOS status, but that did not stop a Planning Inspector from granting permission to build houses on the site. Mr Brooks said the Inspector’s decision was unexpected, and the Council will need to reflect on the current policy and attributes of a green space and ensure that these are robust.

We asked, when considering open spaces and sports facilities, what influences the designation? Mr Brooks said that that there are three factors: visual amenity, recreational use and ecology. The Council have not yet thought of what the criteria for assessing green spaces will be (if it needs to change) but as the population grows the demand for green space and recreational uses will increase.

LOSRA’s reply was that these criteria are likely to be subjective so it is important to publish criteria for consideration. Also, by what process do you release or not release Green Belt?

Mr Brooks said that the National Planning Policy Framework (NPPF) states that authorities need to meet their objectively assessed housing needs (the 543 to 725 new dwellings per annum from the Strategic Housing Market Assessment) but also states that this needs to be consistent with the other policies in the NPPF, including on Green Belt. This is however a more challenging process as we no longer have regional plans to look at Green Belts strategically. The Green Belt in Spelthorne forms part of a strategic Green Belt around London, but there is no guidance on how to look at this strategically.

The Council was asked what the timeframes are for the Development Market Panel. (This is the body that will adjudicate on the development status of individual sites, and which will include bodies and individuals from the land-owning, and building and development industries, but not representatives of local communities. Click here  )

Mr Devonshire, who is the Planning Officer managing the Local Plan Review, said that no dates have as yet been set. Mr Brooks said that the intention of the panel is to understand the development market in Spelthorne i.e. it is a factual exercise for collecting commercial information. The Panel is not a group to promote interests. The Panel will need to be objective and will have a narrow role. In preparing the Local Plan the Council needs to consider the viability of the plan as a whole and has previously used several consultants who can give independent viability/valuation advice.

Mr Brooks said that advice sought from such a Panel has to be professional advice to the standards of the respective professional bodies any Panel party belongs to.

So we asked whether a surveyor on the Panel on behalf of residents would be acceptable? From our point of view the Panel appears to create a forum for landowners to promote sites. Mr Brooks said that the advice of the Panel needs to be independent, and this would not be possible since such a person acting for the residents would not be impartial! As if the developers are …

We asked whether an independent surveyor could sit on the Panel on behalf of residents as an observer? Again, Mr Brooks said this would not be possible, as it is the responsibility of the Council to make information public in such a way to ensure transparency.

Mr Devonshire said that at another local authority (Surrey Heath) a similar group to a Development Market Panel was set up, It was called a Housing Market Partnership. This body was used to understand market commentary and the viability of individual sites. The Housing Market Partnership was also used to sound out site typologies e.g. the mix of uses for sites in town centre locations.

Subsequent to the meeting, KKG looked up the Terms of Reference for the Surrey Heath Housing Market Partnership, Click here.

Apart from the local authorities involved, just look at the membership of that Partnership Panel. And have a look at the Declaration of Impartiality they were required to adhere to.

Would you buy a used car from that bunch?