One in ten British adults now owns a second property, research has found.

The figures published by the Resolution Foundation show that the number of people with multiple properties rose from 1.6m to 5.2m between 2000 and 2014, a 30 per cent increase. The analysis also suggested that most of these owners are not landlords, with just 3.4 per cent of adults letting property out. This would mean that 6.6 per cent of adults, or 3.4m people, have extra properties that they leave empty as an investment or use as holiday homes.

The think-tank examined data from the British Household Panel Survey and the Office for National Statistics to find that while overall home-ownership has plummeted, second home-ownership has risen dramatically. The proportion of adults owning any property rose to a high of almost 66 per cent in 2002 but has since fallen to just over 60 per cent.

Laura Gardiner, senior policy analyst at the Resolution Foundation, said: “Multiple property ownership is still a minority sport, but a growing one that represents a significant boost to the wealth pots of those lucky enough to own second homes. People with second homes not only have an investment that they can turn to in times of need, for instance in later life when care is required, but if the property is rented out they also see a boost to their incomes here and now.” She added that properties not being used for rental could include “holiday homes, flats that adult kids live in for free, empty properties they’re speculating on, MP’s with London flats and constituency houses, people who’ve inherited their recently deceased parent’s home and haven’t worked out what to do with it yet”.

Paula Higgins, of pressure group the Homeowners Alliance, called the figures “shocking”. “It’s really the haves and have nots – there’s a generation of people being locked out of owning their own home and all the benefits that go along with it, and there’s another generation who’s got the leverage to benefit from rising house prices. We need to get homes that are for living in and not for investment. It’s telling that there’s little incentive to sell – even with an empty house you’re sitting on a rising investment.”

The majority of those owning second or third homes were based in the wealthiest areas of the UK, the report added. Almost six in ten landlords are based in the South East or South West, the East of England and London. “This is where the young people are struggling to get on to the property ladder which is why towns are banning holiday homes,” added Ms Higgins. “These people have had years and years of benefit from a rising housing market – but you shouldn’t be making more money off your house than you do from going to work.”

Last year the Cornish town of St Ives voted to ban the building of second homes. The town, dubbed Kensington-on-Sea because of its popularity with well-heeled west Londoners, held a referendum last May after figures revealed that one in four new properties were being used as second homes. A judicial review of the plan brought by an architectural firm failed in November. 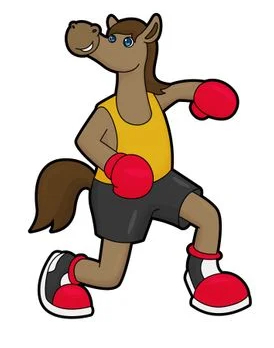