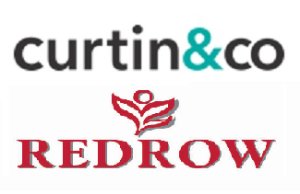 After months of being out of public view, the Kempton Park Green Belt issue emerged into the light once more this week.

On Monday we (representatives of LOSRA, the Hampton Society, and KKG) met people from Redrow and Curtin & Co. Redrow, as we have known for almost two years, is The Jockey Club’s preferred builder for the suburb-sized development they are planning for Green Belt at Kempton Park. Curtin & Co are Redrow’s PR consultants.

The last time around it was Aspire and Cratus – development and PR consultants respectively – to The Jockey Club. Aspire is still engaged by The Jockey Club, we were told, to protect The Jockey Club’s interests in this project. But Cratus is not. The Jockey Club has taken a step back, and Redrow is now leading the process.

Redrow and Curtins, they told us, are keen to draw a line under the unfortunate past. They promise to be more transparent and forthcoming with residents, and will be holding a number of public events, they said, to explain themselves and consult with local residents.

They said, as we already knew, that they were hoping to change Kempton Park’s Green Belt status through the ongoing Local Plan Review, and that, if Kempton Park remained Green Belt, they would respect that decision and go away.

So far they have had no recent dealings, they were keen to emphasise, with either councillors or officials at Spelthorne. The last contact, they said, took place in September last year. (Click here …)

So let’s take them at their word for the moment, even if, for residents, the unfortunate past is still very much with us in the form of levels of distrust deeper than the Marianas Trench.

We asked them, as we asked Aspire and Cratus before them, for two things:

1. Some transparency from The Jockey Club as to their finances. (The Jockey Club, being a Company Limited by Guarantee established by Royal Charter, is not required to reveal very much at all in the annual accounts of their numerous subsidiary structures. But there is nothing to prevent them being more open.)

2. Access to the Kempton Park estate for our botanist, who is perfectly willing to be accompanied by Redrow’s environmental consultants. Early spring would be a particularly good time for such a visit.

We appreciate that both of these requests are ultimately in the gift of The Jockey Club, who still own the entire Kempton Park estate. Nevertheless, a good word from Redrow would, we are sure, result in them being granted. And who knows, that might dispel some of the distrust …