“To allow this completely avoidable act of cultural vandalism to proceed would be a grave dereliction of duty.” 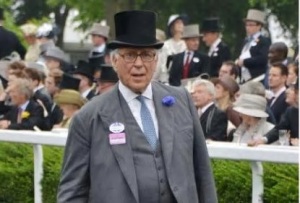 We warned about this two-and-a-half years ago (click here): The Jockey Club stood to make so much from their plan to dig up the parkland on half of their Kempton Park estate that they could afford to repay the £25m owed to the bondholders who financed the new Grandstand at Cheltenham, and have cash left over to make a big repayment of the additional £43m they owed the banks and other creditors.

Things have changed since then, of course. The Jockey Club’s total debt has grown from £97m to £155m (page 12 here), and, of course, they now want to bulldoze their entire Kempton Park estate to raise in excess of £100m.

One thing hasn’t changed. When we brought up this topic with Jockey Club management and PR consultants in 2014, it was remarkable how defensive they were. A couple of weeks ago, the defensiveness had given way to vehement denials, as if it were almost treasonous to question the health of The Jockey Club’s finances. Never mind the fact the £500m in investment they are promising over the decade following their hoped-for sale of the Kempton Park estate is no more than they spent over the decade to 2015. (The Jockey Club’s published Accounts only go up to 2015.)

But whatever the arguments they put up in denial, the fact remains: an important area of London’s Green Belt will be lost to put The Jockey Club’s finances in better order, to the added detriment of the quality of life of current residents of the area, as well as anyone who buys one of the 3000+ units The Jockey Club and Redrow will build, if they are given half a chance.

And there’s one other thing: this whole plan smells as if it were put together over a weekend. The vast majority of horse racing’s most influential people were not consulted. The Leader of Forest Heath District Council (home of Newmarket, and where the promised new all-weather track will be built to replace the one at Kempton Park which The Jockey Club wants to tear up) was not consulted. Neither, it seems, was anyone at Elmbridge Borough Council (home of Sandown Park, which The Jockey Club promises to upgrade and increase in capacity, with all sorts of implications for traffic flow in the Esher area).

In their initial plans to build on Kempton Park from 2012 onwards, The Jockey Club were at pains to spend years cultivating councillors and officials at Spelthorne Borough Council. Their plans came to nothing, and, instead of managing the development process themselves, they brought in Redrow to do it for them.

There are an increasing number of voices within The Jockey Club, and racing more generally, who think Redrow were the drivers behind this entire project. Redrow bounced Simon Bazalgette and his Stewards – over a matter of weeks – into agreeing this new plan to pour concrete over the entire Kempton Park estate. Long term plan it is not.

It’ll all come out in the wash at some stage …

“So this is apparently the Jockey Club’s proposal, at least as revealed to racing. A wafer-thin plan to flog Kempton on the cheap, to pay for a relatively unambitious investment programme that is in most respects nothing less than we would expect from the Jockey Club, and with all sorts of questions therefore arising about whether the racecourse group has been as sensible with its assets and finances as it would have us believe.” 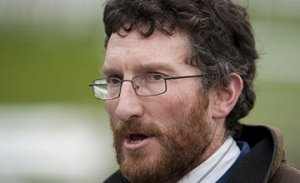 “When the announcement was first made I would say our members were maybe 60:40 against. That position has hardened since then as we’ve received a slightly wider picture of people’s views. What David Elsworth said was about right in terms of the opinions expressed to us by trainers. Now the split is nearer 80:20 against.”

James Waters, the leader of Forest Heath district council. said that he had first heard of the Club’s plans for a major new facility in Newmarket “last week, the same as everyone else”. It would, he said, have a significant impact on the area, and occupy land which could also be used to address the desperate shortage of housing in the area.

The Jockey Club haven’t thought this through, have they. We wonder whether they’ve discussed the upgrading of Sandown and the events to be transferred there from Kempton Park with Elmbridge Borough Council … KKG 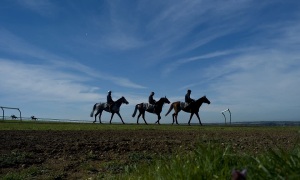 So there we have it – the shocking news that The Jockey Club wants to bulldoze a “highly profitable racecourse” (their own words) in order to make “in excess of £100 million” (their own words, again) by covering their Green Belt estate at Kempton Park in concrete.

a) First we found out that they wanted to build 1500 dwellings at Kempton Park. That soon became 2000  (although both The Jockey Club and their various consultants denied there was a figure, despite us having the documentary proof). And now, we’re told, they want to build 3000 units by using not just the open Green Belt on eastern half of their estate, but also by flattening the grandstands and digging up the racecourse itself.

Do we believe 3000 will be the final figure?

You can build far more than 3000 dwellings on a site that size.

b)  They say (see Redrow’s PR people’s email here) that their plans “could allow for the retention of a significant area of Green Belt, alongside the provision of other publically accessible on-site open space.”

What they really mean is they will apply for a smaller number of houses on a portion of the estate – probably where the grandstands are now –  and a few years hence will apply to build on what remains.

Tell us another one.

c)    “In addition to housing, the site could deliver significant improvements to the local road network, particularly at Sunbury Cross and has the potential to deliver a new school, health facilities, shops and other community facilities.”

Improvements to the local traffic network? 3000 dwellings = 6000 extra cars on the local roads at rush hour.

New schools? New health facilities? Even if we believed them (no such promises have been kept by any other developer in Sunbury) such promises are simply not in the gift of Redrow or The Jockey Club. Teachers, doctors and nurses are paid for by the local education authority or the NHS. Who believes that either of those bodies has the money to build and maintain new health centres and schools in Sunbury.

The Jockey Club and Redrow must have written their press releases with tongues firmly in cheeks, and their fingers in a collective cross behind their backs.

To be blunt, from an organisation of which the Queen is Patron, one expects better.