The Egyptians had frogs, lice, boils and locusts. We have little metal boxes, working silently and diligently,  24/7,  gathering traffic data for The Jockey Club.

There’s 24 of them, apparently. Pictured here are some of them.

But where are the remainder? It would be interesting to know so that we can compare their siting with the data in the Transport Analysis which The Jockey Club will eventually have to make public.

Since the gloss in collecting pictures of England football players seems to have worn a bit thin, here’s something new to keep you interested.

Please send your pictures to keepkemptongreen@hotmail.co.uk  saying exactly where you found them.

They won’t be there for long, so collect them while you can … 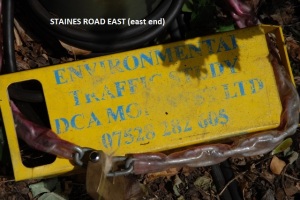 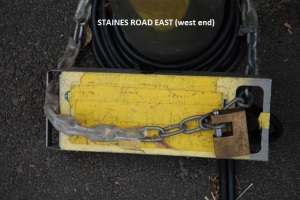 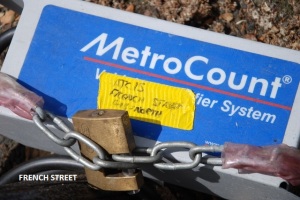 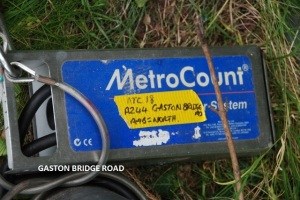 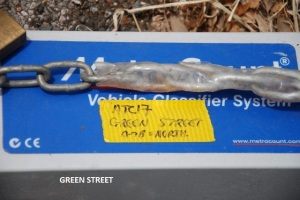 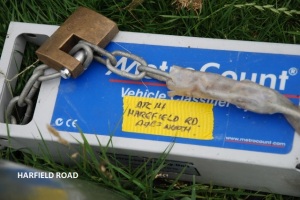 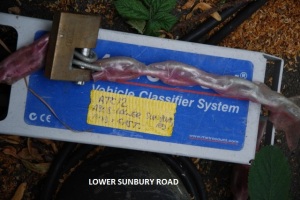 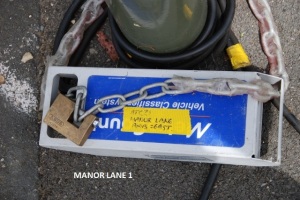 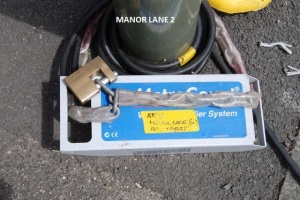 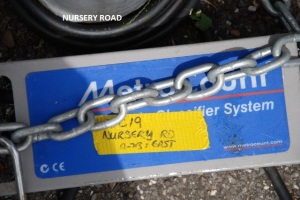 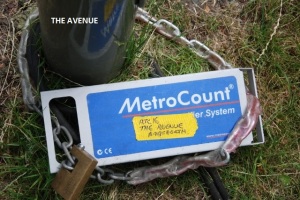 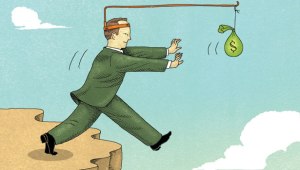 We’ve covered the topic of the Covenant before. It’s worth at least £14.2 m to Spelthorne – an estimate by the Borough’s own consultant Chartered Surveyor. Given the parlous state of the Borough’s finances, it’s a substantially-sized carrot. Obviously, we are sure Spelthorne would not allow such a consideration to affect their planning decision for Kempton Park.

We don’t know – yet – the outcome of that haggling. But there’s a ball park figure, we’ve heard, for the cost of that digging a-hole-and-filling-it-in exercise. Between £5 m and £10 m. Lots of money. But then there is a swamp underneath Sunbury Cross.

There’s another carrot, almost as big, which we’re sure Spelthorne will also ignore in their totally objective deliberations as to whether a new suburb should be built on Green Belt at Kempton Park. It’s called the New Homes Bonus, and it is money given by central government to local councils for every new house they build. Essentially, the local authorities involved receive, over a period of six years, a sum equal to six times the average median annual council tax for the country as a whole. In this case it would be split 80/20 between Spelthorne and Surrey.

In the current fiscal year 2014/15, for past housing completions, Spelthorne will receive £1.2 m. For the 1500 homes planned for Kempton Park, the New Homes Bonus will be worth £1.99 m to Surrey, and £7.99 m to Spelthorne. So, in total, more than £20 m in financial planning gains (less the agreed reduction for digging up Sunbury Cross). And Spelthorne will not waste a single penny of it, we’re sure.

Finally, this evening there was a meeting at Kempton Park. It was attended by representatives of The Hampton Society, the Kempton Residents Association, LOSRA, and Keep Kempton Green, and hosted by Nick Kilby (communications consultant to The Jockey Club) and Phil White (MD of Kempton Park). Briefly, we were told the following: 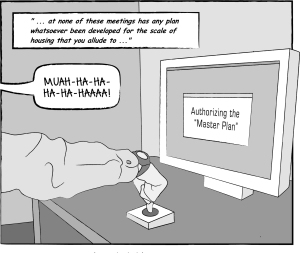 The master plan? Did they or didn’t they know?

In November last year, Spelthorne Council replied to a question from a resident in the following terms:

“As I said earlier, the Council has never seen any plans from the Jockey Club for any of the proposals.”

But see Document 51, attached, which is just a small selection of the myriad emails which have gone backwards and forwards over months and years, setting up meetings to discuss the development plans for Kempton Park. Note the references to “master plan”, “high level programme timescale”, “the whole range of practical development issues” and “detailed technical aspects”.

So far we know of meetings on the following dates:

10 May 2012 Meeting at Kempton Park: councillors

Makes you wonder what they found to talk about …

The process is called Pre-Application Advice. It is paid for by the developer, and details of the advice given  is routinely covered by a claim of commercial confidentiality by the developer, which means we know nothing about it, at least at the time. The justification is that the Borough officials who give the advice answer to the Borough Councillors who act in our interests. Apparently.

See Document 47 attached. It is an exchange of emails between the then Head of Planning at Spelthorne and David Lock Associates in June last year. David Lock Associates are a firm of town planners and urban designers tasked by The Jockey Club to produce the Master Plan for the new suburb at Kempton Park. (More on that next week.)

The emails concern comments made by David Lock Associates about the Local Economic Assessment which was written last year by the then Head of Planning.

It’s one thing for this firm of town planners to make comments on Spelthorne’s Local Economic Assessment. But is it really the job of the Spelthorne Head of Planning to adjust the language of those comments? See the top email:

“I accept that at the end of the day this is coming from your client and in the main I do not have an issue with what is being said. My only slight worry is the reference for the LEA to make reference to ‘consider green belt land release as an inevitable consequence of an economic development strategy’. I’m not sure that from our point of view we would necessarily be able to say at this stage that this was inevitable or not until we know the precise nature of the strategy.

It might also set hares running if someone picks up on this (Cllrs or a residents association). The inference that they might draw from this is that Kempton Park will have housing on it come what may. I’m not entirely convinced that this will help in terms of the overall way we want to approach this. I would suggest that you might want to ‘soften’ the language a little.”

And while we’re on the subject of Green Belt release, see the attached article from today’s Surrey Herald. Another piece of Green Belt is about to disappear, this time to build a new Fire Station to replace the two we already have. If there are two issues which unite the residents of this Borough, it is the protection of Green Belt and the retention of two Fire Stations with two 24/7 full-time crews. So why is Spelthorne actively encouraging the disposal of both? 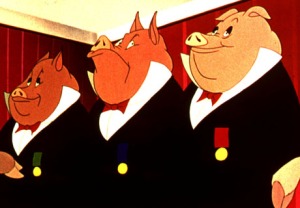 Some are more equal than others. And it’s not just the pigs vs the rest …

Have a look at Document 49, attached. It is correspondence between Spelthorne Council and Ramboll, who are the Environmental Consultants to The Jockey Club.

Ramboll asked for the following information:

Details of licenses related to historical landfill in the vicinity of the site.
Details of any designations related to the site or immediately surrounding area e.g. green belt.

Any Part A or B processes;

Whether site is scheduled for investigation as part of Spelthorne’s Contaminated Land
Inspection Strategy;
Are there any records of ground investigations at the site or its immediate surroundings which
Spelthorne hold?
The geological stratigraphy underlying the site;
Any details on the hydrogeology of the site;

We would be grateful if you could provide any information on the site, specifically on any of the
following:

Any available details pertaining to the ponds/reservoirs/other surface water bodies proximate
to the site;
Any records of previous flooding of the site from all sources of flooding; and
Any other information that will be helpful in adequately characterising the site.

For goodness sake, even the fact that Kempton Park is Green Belt has been blacked out.

Secondly, a few weeks ago we asked all the Spelthorne Councillors their opinion: Should Kempton Park’s Green Belt status be retained? We showed you what they said over the preceding two weeks. Another reply has arrived:

You will have received responses on this from the Leader and portfolio holder.
Your requested yes/no answer is not something I can provide as you fail to submit all of the ranges of scenarios that might occur between now and any time in the future.
As you know there is also the issue of brownfield land within Green Belt and greenfield land within Green Belt.  There are also issues regarding ‘inappropriate development on the Green Belt’ and ‘very special circumstances’ having to be demonstrated in order to justify such development.
So asking for a simple yes/no response is a request that cannot be expected to receive any answer that would be meaningful.
As a member of the Planning committee I cannot give an answer which might prejudice me were any application to come forward for any type of development in Green Belt.